A stunning new collection of poems that examine various aspects of living and practicing as both a poet and scientist in the Anthropocene during a time of unravelling.

The poems in Madhur Anand‘s second collection interrogate the inevitability of undesired cyclic variation caused by feedback in the amplifying devices of both poetry and science.

There are several interacting currents: the poet’s own work between the arts and the sciences, living between North American and Indian cultures, as well as examining contemporary environments through the lag effects of the past. Weaving in a close reading of A.O. Hume’s The Nests and Eggs of Indian Birds (1889), anticolonial, intertextual, feminist, electronic, and diasporic relationships are examined against the backdrop of unprecedented ecological collapse. Here, birds are often no longer direct subjects of metaphor, but rather remain strange, sometimes silent, a kind of menacing and stray capacitance, but can still act as harbingers of discovery and hope.

Fluctuating through extreme highs and lows, both emotional and environmental, while examining a myriad of philosophical and ethical dilemmas, Parasitic Oscillations is an enlightening, thought-provoking, and profoundly beautiful work that both informs and questions. 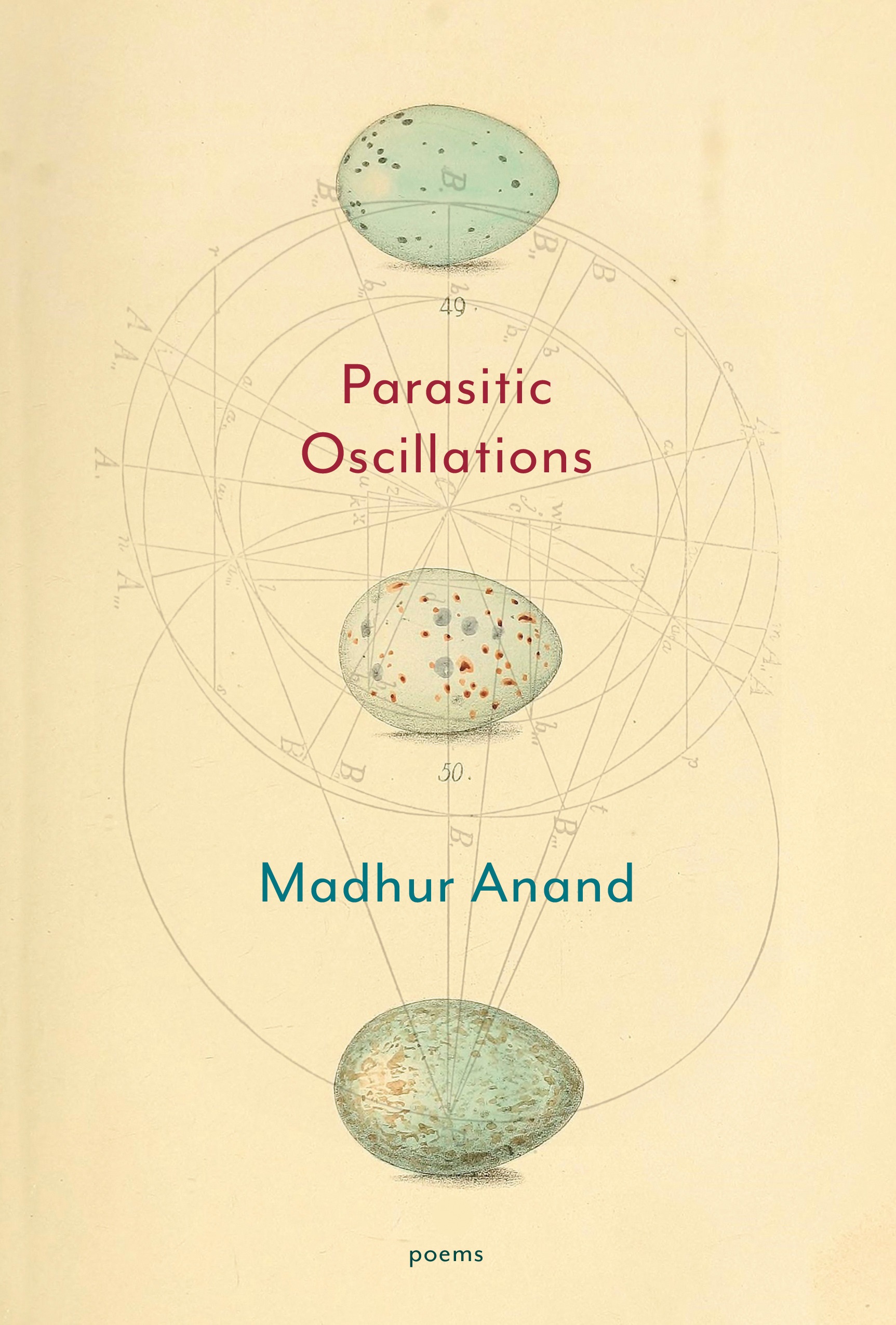