This intricate, yearning work from award-winning poet Alison Calder asks us to think about the way we perceive and the ways in which we seek to know ourselves and others.

In Synaptic, each section explores key themes in science, neurology, and perception. The first, Connectomics, riffs on scientific language to work with and against that language’s intentions. Attempting to map the brain’s neural connections, it raises fundamental questions about interiority and the self. The lyric considerations in these poems are juxtaposed against the scientific-like footnotes which, in turn, invoke questions undermining authority and power. The second section, Other Disasters, explores ways of seeing or and being seen, from considerations of folklore to modern art to daily life.

The speakers in these poems are searching for knowledge. Everyone is looking for a miracle. 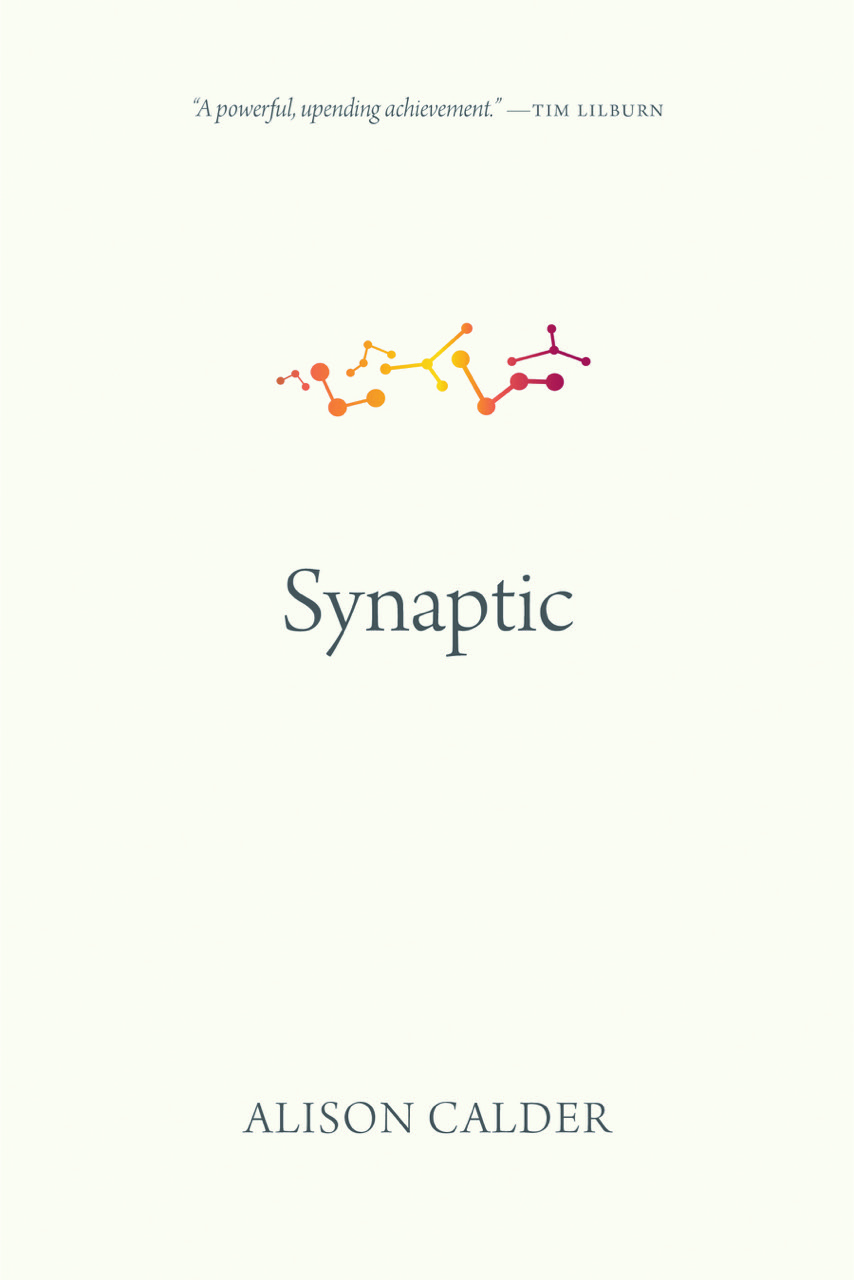