1971. Lilac Welsh lives an isolated life with her parents at Rough Rock on the Winnipeg River. Her father, Kal, stern and controlling, has built his wealth by designing powerful guns and ammunition. He’s on the cusp of producing a .50 calibre assault rifle that can shoot down an airplane with a single bullet, when a young stranger named Gavin appears at their door, wanting to meet him before enlisting for the war in Vietnam. Gavin’s arrival sparks an emotional explosion in Lilac’s home and inspires her to begin her own life as a journalist, reporting on the war that’s making her family rich.

The Gunsmith’s Daughter is both a coming-of-age story and an allegorical novel about Canada-US relations. Psychologically and politically astute, and gorgeously written, Margaret Sweatman’s portrait of a brilliant gunsmith and his eighteen-year-old daughter tells an engrossing story of ruthless ambition, and one young woman’s journey toward independence.
Browse Online at McNally 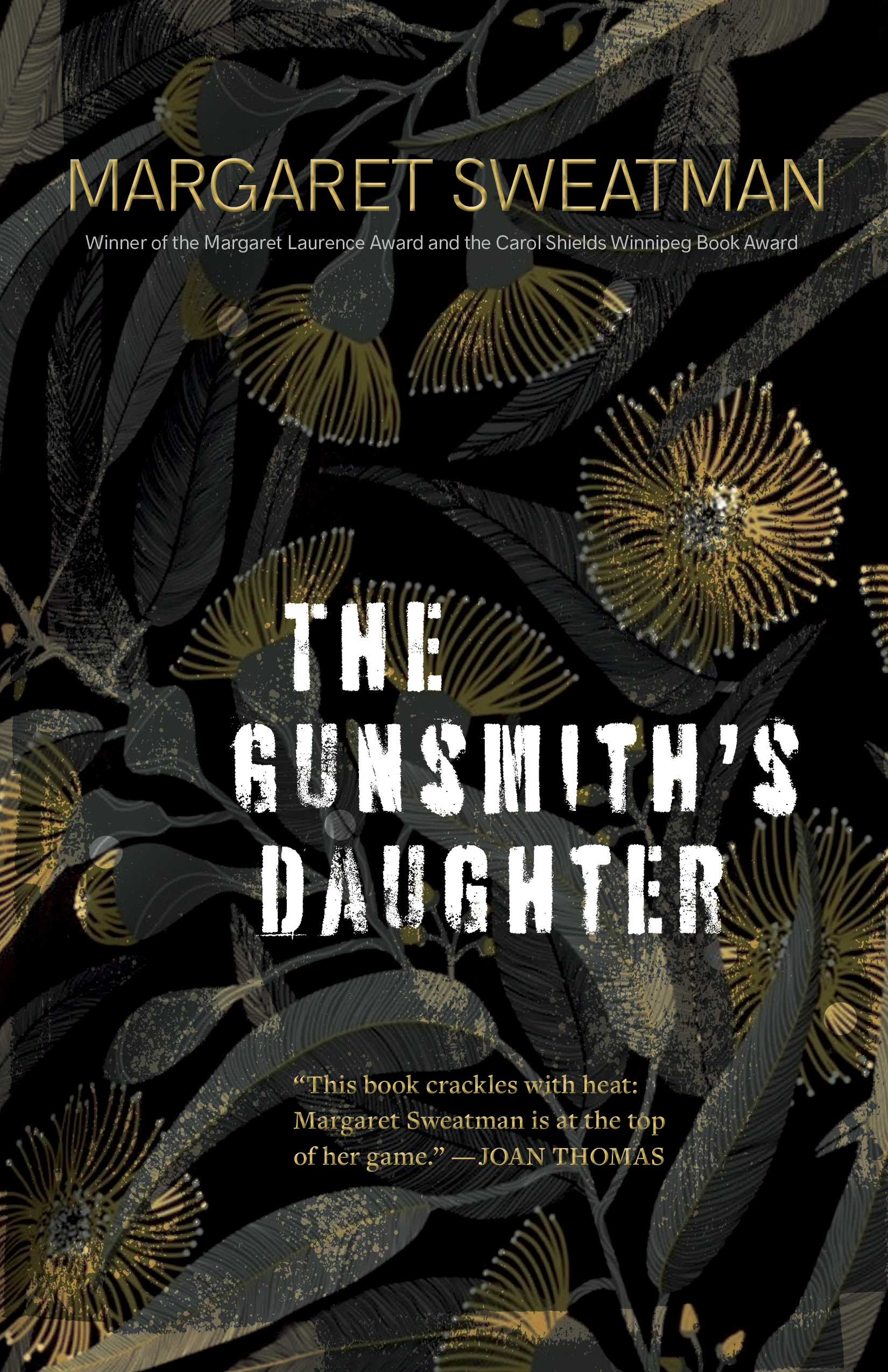