Unfuckable Lardass reverts the patriarchy’s gaze. It began as an attempt to refract and undercut an outrageous insult allegedly lobbed at German Chancellor Angela Merkel – an egregious demonstration of the framing of women in reductive and sexualized terms ignoring their existence as subjects of their own complex histories. As such, Unfuckable Lardass is fuelled by the energy of grief and rage, counterpoised by moments of love and hope. Drawing on language from a wide range of sources – including European witch trials, Marx, Darwin, Renaissance and popular music, and common profanity, as well as from the author’s experience of post-reproductivity and of carrying out caring labour during declines, deaths, and the COVID-19 lockdown

– Strang’s sixth book of poetry not only refuses the objectifying gaze but, more importantly, turns towards the great and expanding richness of alternate possibilities. 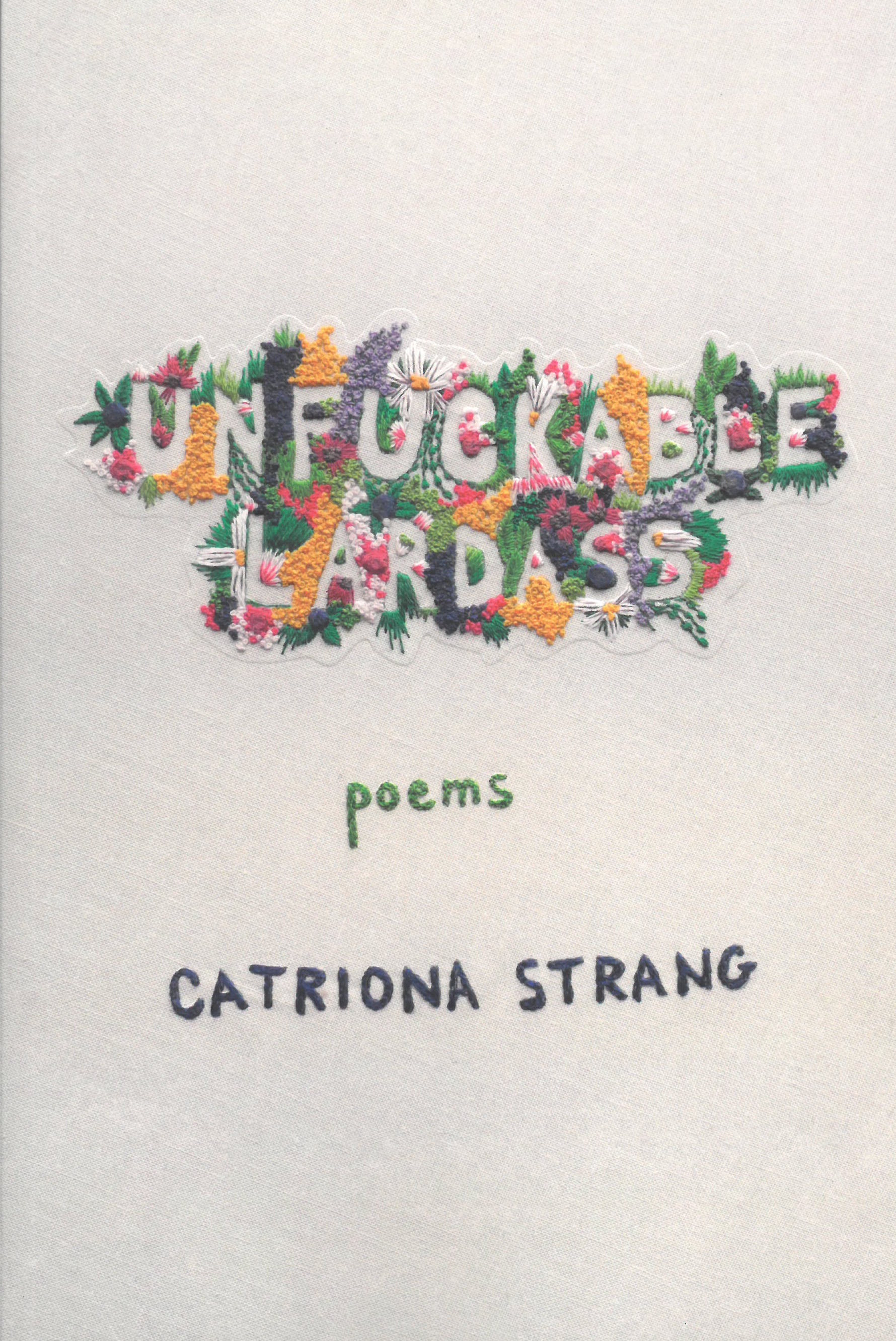